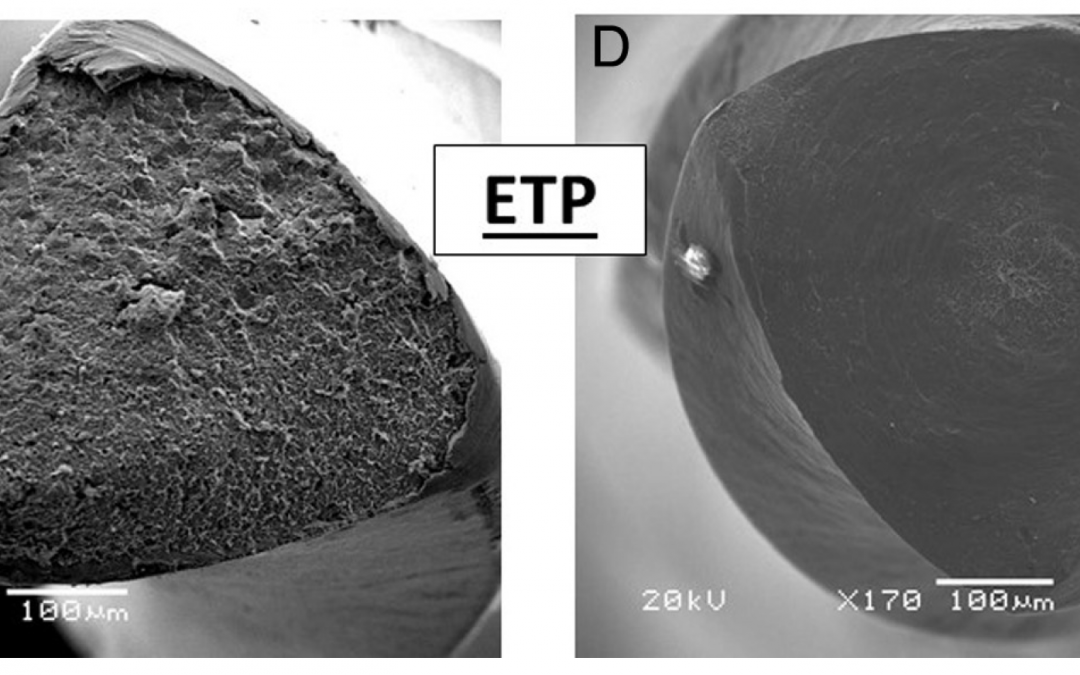 Introduction: The aim of this in vitro study was to compare the cyclic fatigue resistance and torsional resistance of EdgeTaper Platinum (ETP) with those of Pro-Taper Gold (PTG) at simulated body temperature.

Methods: ETP and PTG files with #25 tip size were elected. Cyclic fatigue tests were performed in a stainless steel artificial canal until file fracture occurred. The time to fracture was recorded. For the torsional resistance testing, the apical 5 mm of the file was firmly secured with acrylic resin, and the assembly was fixed over torque gauge device. A uniform torsional stress was applied with continuous rotation motion until fracture occurred. The torque at failure was recorded. Both experiments were conducted at 351C. Fractured surfaces were tested via scanning electron microscopy. Statistical analysis was performed using independent Student t test at 5% significance level.

Conclusions: The ETP exhibited superior resistance to cyclic fatigue but failed to show any improvement in the torsional resistance compared with PTG. (J Endod 2019;45:611–614)