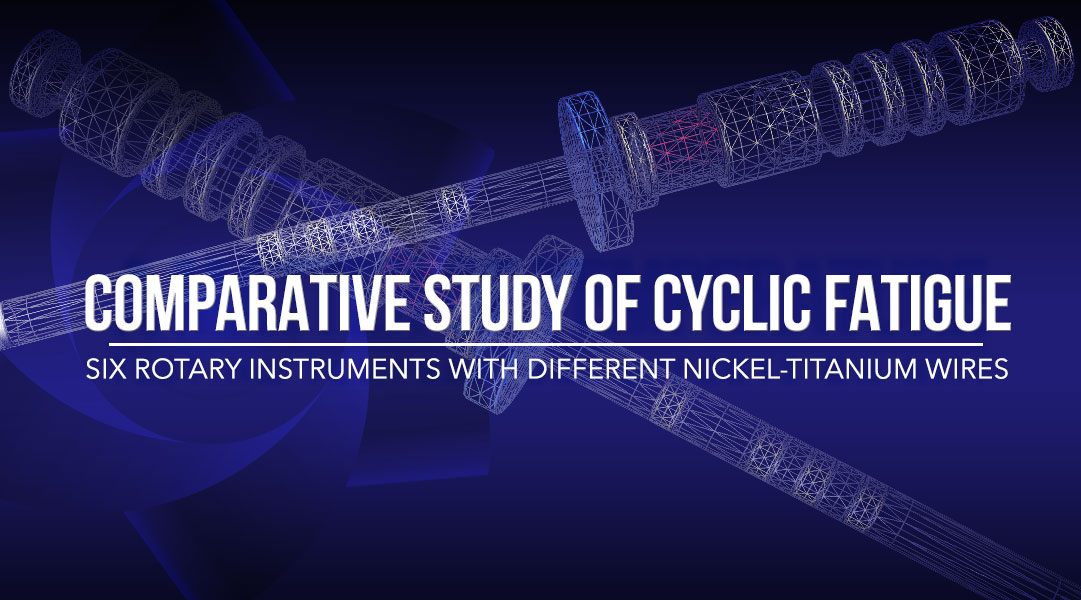 EdgeEndo® files continue to be recognized as superior files. Many manufacturers are focused on refining the performance of NiTi. In recent studies conducted by university students and presented at the AAE conference, EdgeFile® was shown to be significantly more resistant to cyclic fatigue. Cyclic fatigue of a NiTi file occurs when the metal blade is subjected to repeated cycles of tension and compression that lead to stress and hardening of the material. In this study the six rotary files were tested for cyclic fatigue in an artificial canal. The survival of the instruments were tested using Weibull reliability test.

Cyclic fatigue occurs due to recurrent tension and compression inside the curved canals that leads to crack formation and propagation that progresses until failure. Many factors affect instrument cyclic fatigue including the type of wire that the instrument is made of, instrument design, instrumentation motion and surface integrity.

The efforts of manufacturers are consistently focused on refining the performance of instruments and increasing their resistance to fracture. Instrument modifications include surface electropolishing, changes in the file design and cross section and the use of reciprocating motions rather than continuous motions.

Recently, Thermal treatment optimizes the microstructure and maximizes the flexibility and resistance to cyclic fatigue of an instrument.

Today, instruments make of controlled memory wires have been introduced to the market and exhibit greater resistance to cyclic fatigue that regular NiTi alloys.

No significant difference was found between the OS and the PTG (p<0.05), and the PT exhibited the lowest resistance to cyclic fatigue compared to the other systems (p<0.05).

The EdgeFile® was significantly more resistant to cyclic fatigue and was followed by the RECIPROC, WaveOne, ProTaper Gold, OneShape and ProTaper rotary files.

The improvements to rotary instruments were proven to increase their resistances to cyclic fatigue.

EdgeEndo® proprietary heat treatment process called FireWire™ with a combination of heat treatment and cryogenic application has created NiTi unmatched flexibility and resistance to cyclic fatigue. FireWire™ NiTi files provide cyclic fatigue resistance many times greater than other NiTi files. The increased flexibility of Heat treated NiTi allows files to better follow the canal, but EdgeEndo® FireWire™ NiTi does away with shape memory and “Bounce Back” and therefore gives incredible canal contouring capability. Dentin is preserved and canals in apical third are preserved. 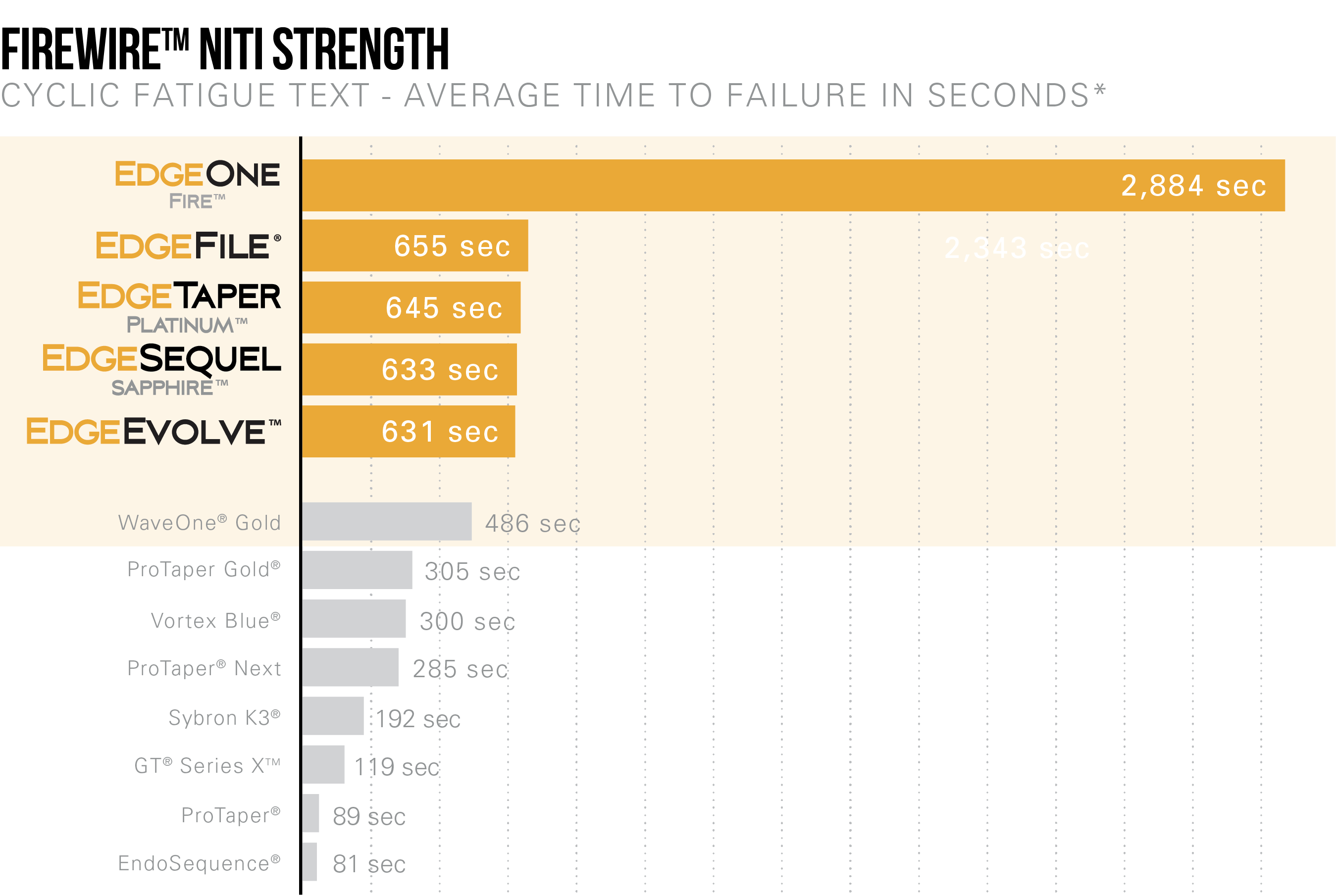 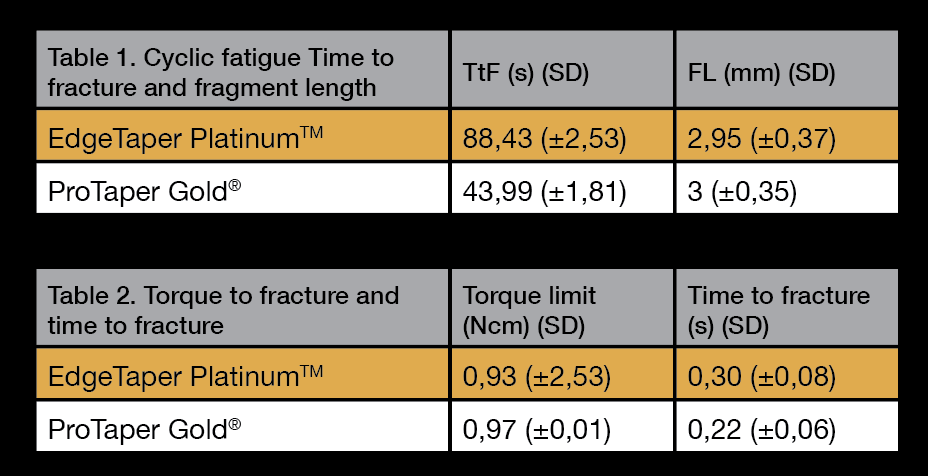